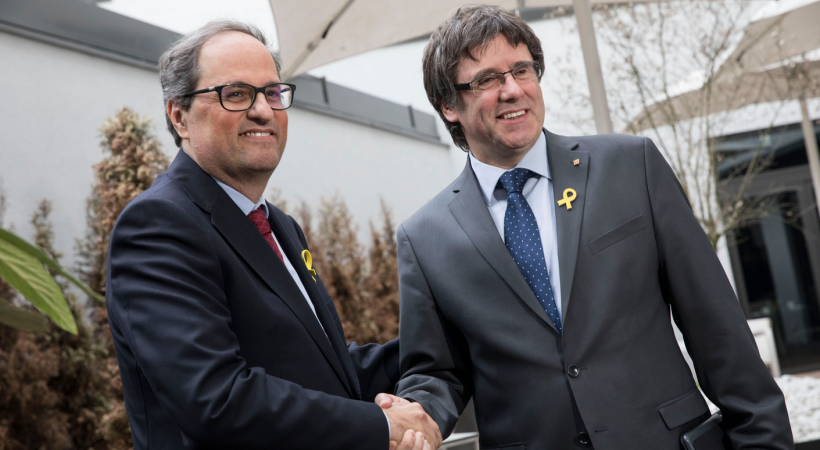 The EU-Catalonia Dialogue Platform, a group of 40 MEPs from 5 different political groups, considers that the election of a new Catalan President, Quim Torra, brings a new opportunity to start dialogue between the Government of Catalonia and the Government of Spain.

We welcome Mr Torra’s call for dialogue and the apparent will of President Rajoy to meet the newly elected Catalan President. The political conflict between Catalonia and Spain can only be solved through a political solution and the end of repression.

That is the reason why we also call for the complete end of the political and financial rule on Catalonia by the Spanish government as well as the release of all political prisoners and the drop of their charges in order to move forward. We also call on EU Institutions, in their role as guardians of the EU treaties and the fundamental rights of citizens, to make a gesture of responsibility in favour of pushing for dialogue to find a solution.

Finally, the rejection by the Belgian Judiciary of the extradition of former Catalan ministers Toni Comín, Meritxell Serret and Lluís Puig to Spain, casts serious doubt on the consistence of the judicial proceedings against Catalan pro-independence leaders.