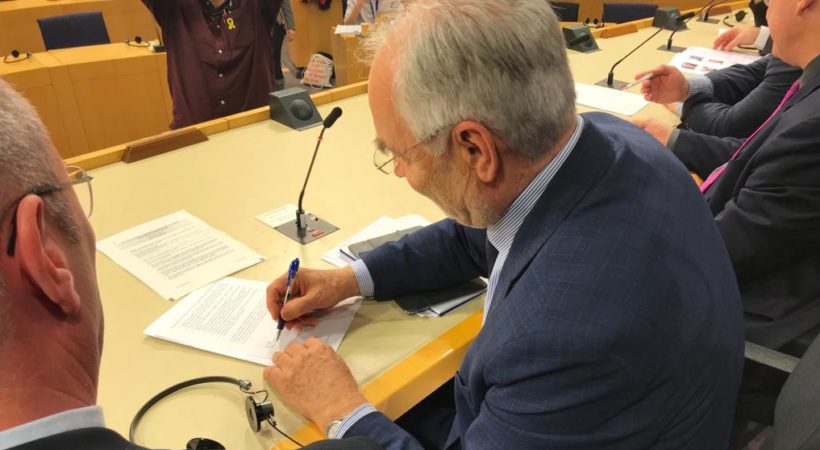 The EU–Catalonia Dialogue Platform, a group of 40 MEPs from 5 different political groups, expresses its solidarity towards the Catalan political prisoners in a hunger strike.

Four of the nine Catalan political prisoners are in a hunger strike: Jordi Sànchez and Jordi Turull began on Saturday 1 December, and Joaquim Forn and Josep Rull yesterday at midnight. They denounce the blockade and the lack of guarantees of the Spanish judiciary.

The Platform expresses its solidarity to support the Catalan political prisoners for their struggle for freedom and the defence of human rights and shows its solidarity and its total admiration towards this peaceful act of protest.

The Spanish legislation (Criminal Procedure Act) and the doctrine of Spanish Constitutional Court state that the appeals against pre-trial detention orders must enjoy preferential processing and must be resolved within a maximum period of 30 days. First appeals were presented one year ago and are not answered yet.

We call for the complete end of this anomaly in the European Union, where nine political prisoners and five exiles are deemed free citizens in all Member States but their own, Spain. Catalan political prisoners must be released, their charges dropped, in order to move forward.

We also call on EU Institutions, in their role as guardians of the EU Treaties and the fundamental rights of citizens, to make a gesture of responsibility in favour of pushing for dialogue to find a political solution to the Catalan issue.