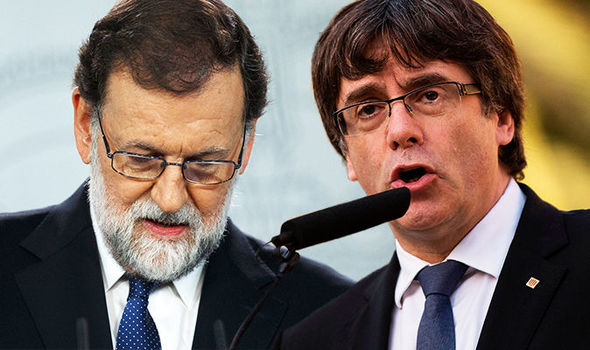 Following his visit to Copenhagen, acting Catalan president Carles Puigdemont, has made another public appearance, this time at an event in Flanders. The leader of the JuntsxCat parliamentary group attended the “New Year” reception held by the N-VA (New Flemish Alliance), the largest Flemish nationalist party, in the city of Lennik, about 30 kilometres west of Brussels.

Received with applause, Puigdemont took the opportunity to make a short speech, in which he criticized the Spanish state for “continuing its attempt to ignore the election results” from the 21st December vote in Catalonia, won by the pro-independence block with JuntsxCat achieving the highest proportion of the independence vote.

Puigdemont said that proof of this attitude by the Spanish state was Saturday’s decision from the Spanish Constitutional Court, resolving that he can only be invested as Catalan president if he appears in person in the Catalan parliament and with prior authorization from the judge handling the case.

“It is a great democratic anomaly”, said the JuntsxCat leader, adding that the Spanish state will continue wanting to call elections “until its preferred candidate wins”. On the matter of a hypothetical return to Catalonia, Puigdemont said that he hasn’t changed his position. That is, he will only return home if the state guarantees his liberty.