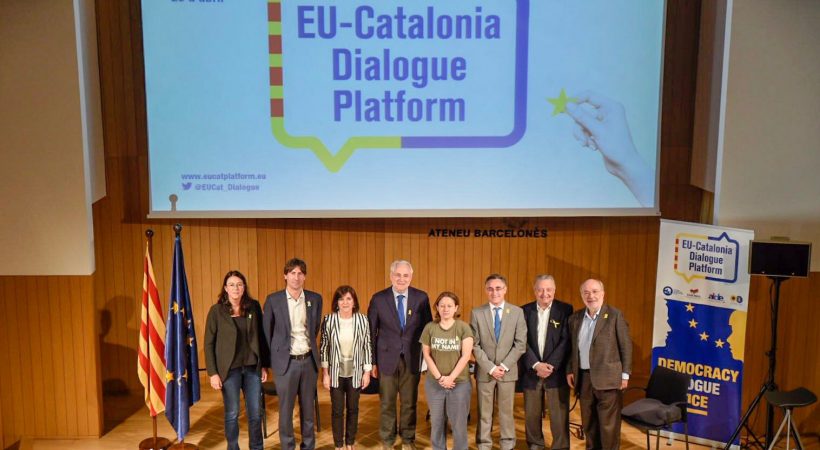 The EU – Catalonia Dialogue Platform was presented on Friday 20th April in Barcelona. Chair of the Platform Ivo Vajgl, together with MEPs Izaskun Bilbao, Eleonora Forenza, Jordi Solé, Josep-Maria Terricabras and Ramon Tremosa took part in the event. Also, Diana Riba, in representation of the former Catalan MP and MEP Raül Romeva now in jail and journalist and former Delegate of the Catalan Government Martí Anglada.

It was a total success: around 200 people attended the event. Among the audience there were Catalan MPs, municipal councillors, representatives from civil society organizations and other citizens interested in the matter. 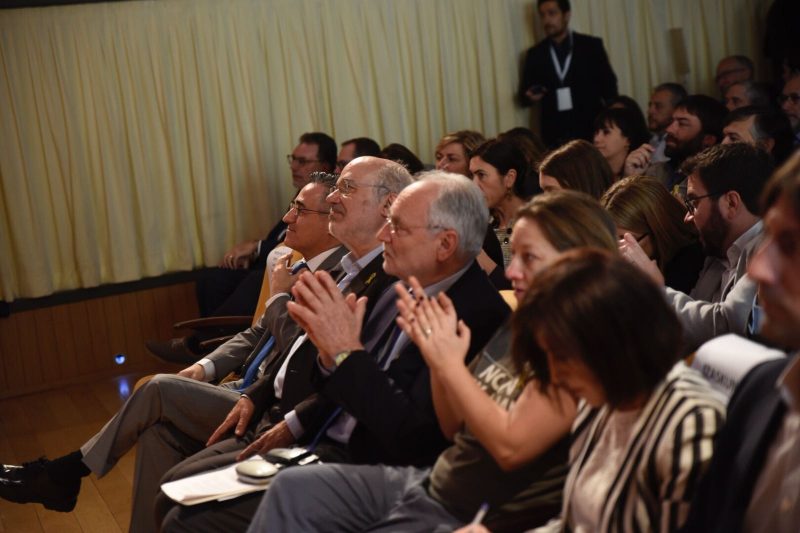 MEP Jordi Solé expressed that “The EU – Catalonia Dialogue Platform shows that there are many people working with us and proves that the Catalan case concerns all Europe”. He added that “We are asking for the European values to be respected. Europe is more than Tusk, Tajani and Juncker” and that “We call for the Europe of values, solidarity and democracy”.

Chair of the EU – Catalonia Platform Ivo Vajgl reiterated that “No one can deny the right to self-determination to any nation! Catalans are Europeans and in Europe fundamental rights have to be respected”.

Basque MEP Izaskun Bilbao stated that “It is unfair what is happening to nine peaceful people. This ordeal is unjustifiable. It is an abuse of power”. MEP Eleonora Forenza declared that “It is unbelievable that in 2018 we have exiles and unacceptable pre-trial detentions. I feel shame. It is happening in Europe and European institutions are saying nothing”. MEP Ramon Tremosa noted how important it is “to denounce the tremendous State lie built upon the political prisoners and the exiled politicians”.