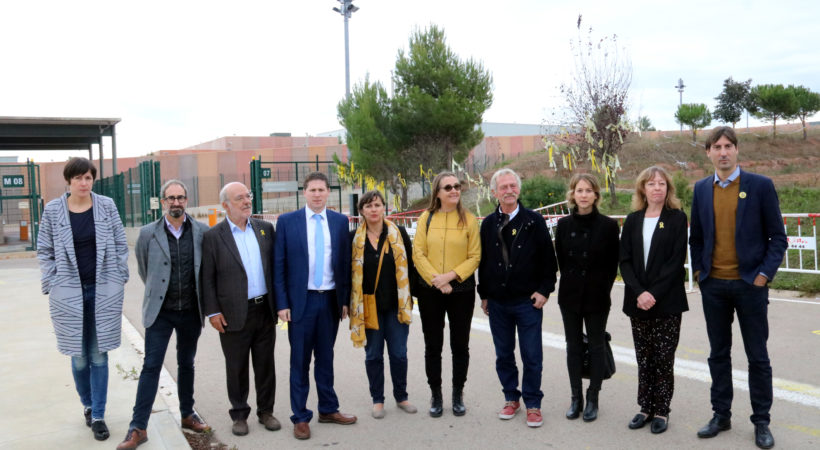 A delegation of 8 MEPs members of the EU – Catalonia Dialogue Platform visited the Catalan political prisoners who are incarcerated in the Lledoners, Puig de les Basses and Mas d’Enric prisons.

After the visit, MEPs announced that will request to act as international observers in the upcoming trial against the Catalan political prisoners for the 1st of October 2017 self-determination referendum in Catalonia.

Regarding the trial, French MEP José Bové stated that “We have no guarantees” and the conditions the prosecuted individuals are set to face are “a true problem of democracy”. He also called for the “immediate” release of the political prisoners so they can prepare for the upcoming trial.