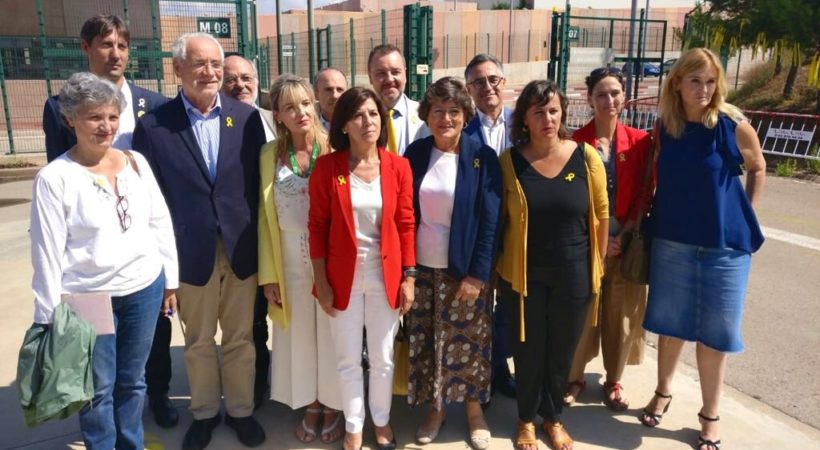 This is the first visit from members of the European Parliament to the Catalan political prisoners, after not having been authorized by Spanish authorities to see them for months. Last July, the nine officials were transferred to Catalan penitentiary centers, so the Catalan administration authorized the visits.

Chair of the EU – Catalonia Platform, Ivo Vajgl, urged Spain to drop the charges against them: “There is still time for these absurd and incomprehensible rebellion charges to be dropped,” he said. “Spain could still safeguard a piece of its honor if this happens,” Vajgl added. According to him, the Catalan politicians are “only in prison for revenge.”

Ana Gomes (S&D) asked the Spanish socialist government to make the “release of the political prisoners a priority” in order for “dialogue and reconciliation to develop.”

“On October 1 some of us were here, as MEPs. The label of rebellion is not only illegal, but the wrong people are in jail. We witnessed the violence by the Spanish state, by the Guardia Civil,” said Martina Anderson. She added that “we are concerned that there will be a non-fair trial” and that “the EU is not doing enough”, as the European Parliament, the Council and the Commission “are tolerating violations of democracy”.