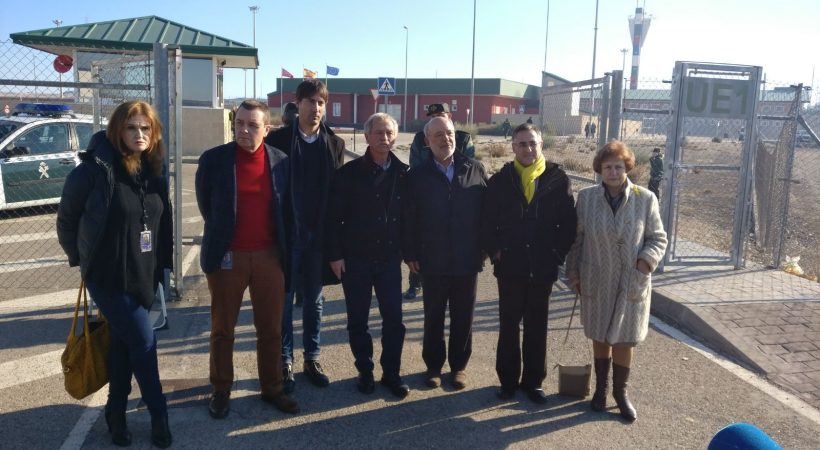 A delegation of seven MEPs from different political groups have travelled this Tuesday to Madrid to visit the prisons where Catalan political prisoners are being held, but their access to the prison have been denied.

Eight members of the legitimate Catalan government as well a two pro-independence civil society leaders were imprisoned two months ago, some of them have been released but vice-president Oriol Junqueras – former MEP-, minister Joaquim Forn, and the two grass-roots leaders Jordi Sanchez and Jordi Cuixart, are still in prison.

MEPs have repeatedly asked to visit them but many bureaucratic obstacles have been put by the administration to block their visit. This is why MEPs have decided to hold a press conference to denounce it.