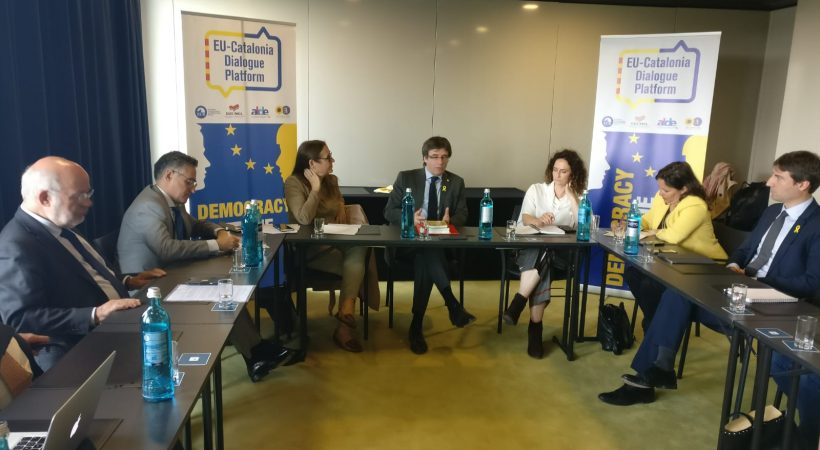 The platform, composed by 40 MEPs, claim the release of the political Catalan prisoners and the end of the direct rule in Catalonia

Today, a delegation of the EU-Catalonia Dialogue Platform has visited Berlin to meet Carles Puigdemont, the Catalan President in exile. The members that have attended to this mission are Lynn Boylan, Bodil Valero, Ana Miranda, Ramon Tremosa, Jordi Solé and Josep-Maria Terricabras. 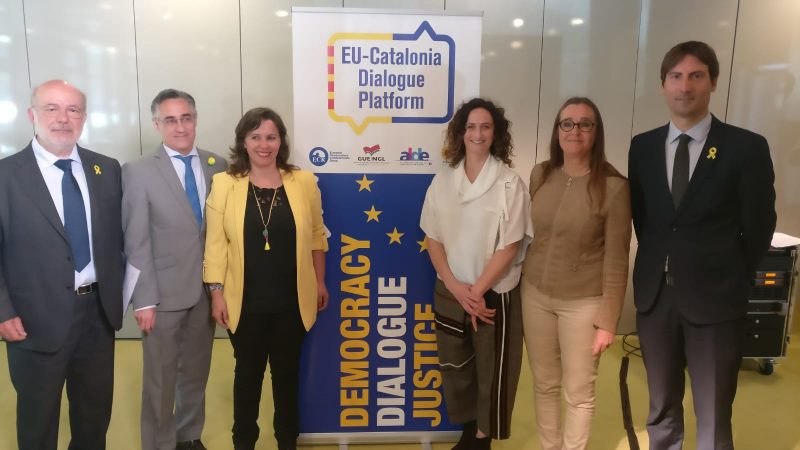 During the press conference, that was carried out after two hours meeting with the President Carles Puigdemont, the members of the platform celebrated the election of the new President in Catalonia, Quim Torra. Bodil Valero explained that this new situation “is a great opportunity to establish the dialogue that we have defended since the first moment”. However, she has warned that “in order to stablish a constructive dialogue, it is important to release all political prisoners that incarcerated in Spanish jails and finish with the direct rule in Catalonia.”

On the other side, Lynn Boylan called on the EU Institutions to “fulfil its role as guardians of the EU treaties and the fundamental rights of citizens” and demanded “a gesture of responsibility in favour of pushing for dialogue to find a solution”.

Finally, Ana Miranda explained that “the rejection by the Belgian Judiciary of the extradition of former Catalan ministers Toni Comín, Meritxell Serret and Lluís Puig to Spain, casts serious doubt on the consistence of the judicial proceedings against Catalan pro-independence leaders”.