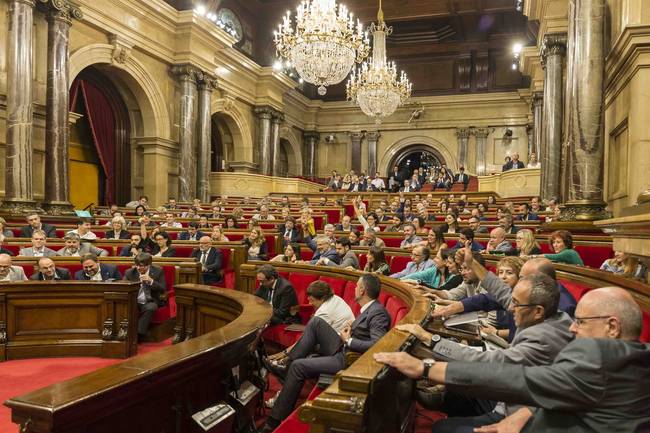 The Catalan parliament has approved a law to hold a referendum to achieve the independence, setting it on a collision course with Madrid, which has vowed to stop it. A majority of the regional parliament, which is controlled by pro-independence parties, voted in favour of the bill, which is designed to give a legal basis for a binding referendum vote on October 1.

The vote has been ruled illegal by the constitutional courts.  Soraya Saenz de Santamaria, the deputy prime minister, said on Wednesday that the bill was “embarrassing” and “shameful”, adding that the government had asked the constitutional court to declare the law void as soon as it was approved. « We are defending the rule of law in Spain and democracy in Catalonia, » she said. The government has also threatened legal action against Catalan political figures involved in the vote. The state has the power to suspend Catalan self-governance, in effect ruling the region from Madrid. It can also take over the police force.

But Carles Puigdemont, president of the Catalan region, said this week that nothing would stop the vote. “Any attempt to prevent the referendum by judicial or political means is destined to fail because democracy is unstoppable,” he said. Pro-independence politicians in Catalonia have warned that any attempt by Madrid to stop the vote would be met with a mass mobilisation of supporters to keep the voting booths open on the day. “If the government tries to withdraw the ballot boxes, then obviously we will mobilise voters to prevent this,” said Marta Rovira of the pro-independent Catalan Republic Left party over the weekend.

Under the terms of the new laws, the Catalan parliament will declare independence within 48 hours of a Yes vote. There will be no minimum turnout requirement to make the result binding.  Mr Puigdemont said this week that ballot boxes, voting papers and an electoral census were all ready. The question will read: “Do you want Catalonia to be an independent republic?”