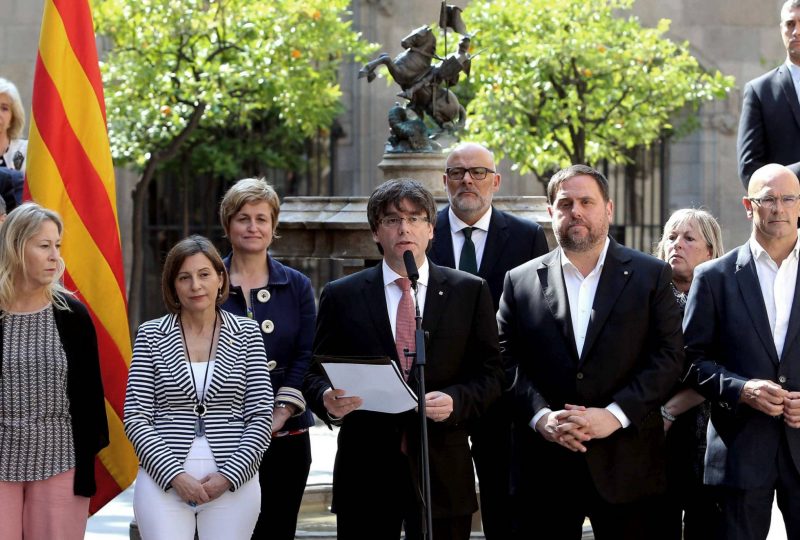 Catalonia’s referendum on independence from Spain will be finally held on the 1st of October, the regional government announced on Friday, triggering yet another political and judicial showdown with Madrid.

The Catalan president, Carles Puigdemont, said that voters in the unilateral referendum would be asked the question: “Do you want Catalonia to be an independent country in the form of a republic?”

Puigdemont’s pro-sovereignty administration insists the wealthy north-eastern region has a political, economic and cultural right to self-determination. However, the Spanish government is implacably opposed to secession, arguing that it is a violation of the constitution, and has vowed to use all possible means to stop the referendum from being held.

Puigdemont said that Madrid had left his government with no choice but to call the vote. “When they’ve asked us what we Catalans want, we’ve given them proposals – all kinds of proposals,” he said. “But they have all – without exception – been rejected or seriously cut back.”

Spain’s deputy prime minister, Soraya Sáenz de Santamaría, dismissed the announcement as an empty threat, saying: “They can announce a referendum as many times as they want and put it back as many weeks as they want, and hold as many events as they want, but the referendum is not going to take place.”

This time round, however, the Catalan government insists the results will be legally binding. In a speech in Madrid last month, Puigdemont said his government had a “democratically inviolable” commitment to the referendum and accused Spain’s prime minister, Mariano Rajoy, of failing to do anything “serious, sincere or real” to resolve the issue.

Spain’s constitutional court ruled the previous referendum was illegal five days before it was held on 9 November 2014, but the then Catalan president, Artur Mas, and others pushed ahead with the vote, helped by more than 40,000 volunteers who opened schools and installed polling stations.
(Source: The Guardian)