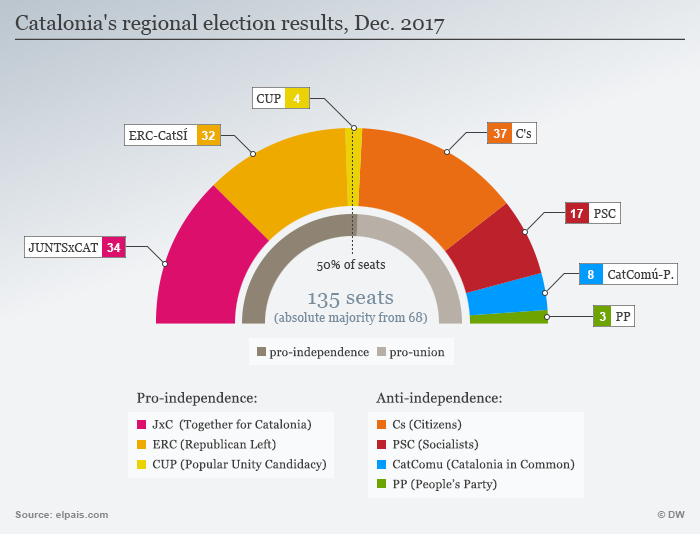 Catalan pro-independence parties have held their absolute majority in snap regional elections, dealing a severe blow to the Spanish government, which had called the polls in the hope of heading off the secessionist push.

The deposed Catalan president, Carles Puigdemont, described the result as a “a slap to the face” to the Spanish prime minister, Mariano Rajoy. The three separatist parties won a total of 70 seats in the 135-seat regional parliament even though the centre-right, pro-unionist Citizens party was the single biggest winner, taking 36 seats. Between them, the three parties will have enough seats to reassemble the parliamentary majority that put them into office after the 2015 elections if they can agree a new coalition.

Trailing them was the Catalan branch of Spain’s ruling People’s party, which won fourseats – seven fewer than in 2015.