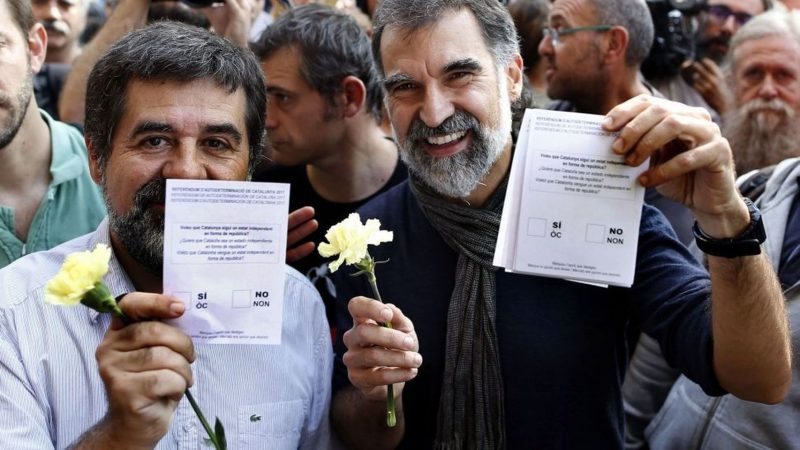 Spain moved closer on Monday to imposing central rule over Catalonia to thwart its independence push as Madrid’s High Court signaled a hardening line by jailing the leaders of two of the largest separatist organizations.

In the first imprisonment of senior secessionist figures since Catalonia’s Oct. 1 independence referendum, the court ordered the heads of the Catalan National Assembly (ANC) and Omnium held without bail pending an investigation for alleged sedition.

Around 200 people flocked to the Catalan government’s headquarters in Barcelona in a peaceful show of support for both men, with some chanting “Freedom” and waving “Democracy” banners. The ANC, which has organized protests of hundreds of thousands of secessionists in the past, called for further peaceful demonstrations around Catalonia on Tuesday.

The High Court also banned the Catalan police chief, Josep Lluis Trapero, from leaving Spain and seized his passport while he is being investigated over the same incident, though it did not order his arrest.