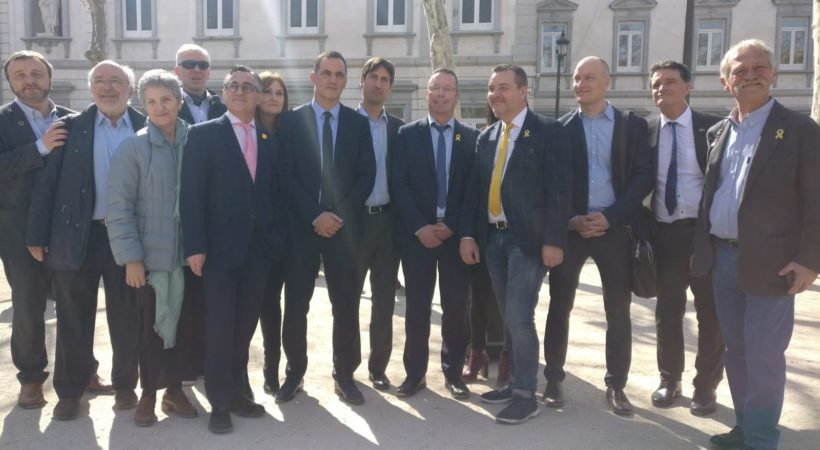 The EU-Catalonia Dialogue Platform had already stated in a press conference in the European Parliament in Strasbourg that it would closely follow the trials, while denouncing the lack of credibility of such a penal procedure. After having attended the trial, MEP José Bové argued that “this trial is unacceptable because we see that it is only intended to try and convict people who wanted to defend the right to vote, the right of the people to express themselves, the right to vote and the right to choose their way of organization”.

Similarly, Gilles Simeoni highlighted that self-determination is a fundamental right that could not be refused to Catalan people, and that judging and condemning citizens and elected representatives for expressing their opinions  is contrary to Europe’s democratic ideals: “The right of people to self-determination is a fundamental principle and no one can challenge this right of the Catalan people to express themselves. We are clearly witnessing a political trial. And it is also obvious that the decision will certainly be political too, because if we applied the law and only the law, these women and men would not be judged”, he said.

MEP Marie-Pierre Vieu added: “What is happening in Catalonia today is a precedent for all of Europe. And I believe that defending Catalan political prisoners is defending the construction of a democratic Europe« .

Spain’s Supreme Court rejected the presence of international observers in the courtroom during the trial against Catalan independence leaders, as requested by the defendants, who feared they would not face a fair trial. However, MPs consider that this political trial is not only an internal Spanish affair, but has a clear European dimension since it clashes with fundamental values of the EU such as democracy, freedom of expression, freedom of assembly, and the right to political participation, and this is why they wanted to follow the trial closely, personally in Madrid.