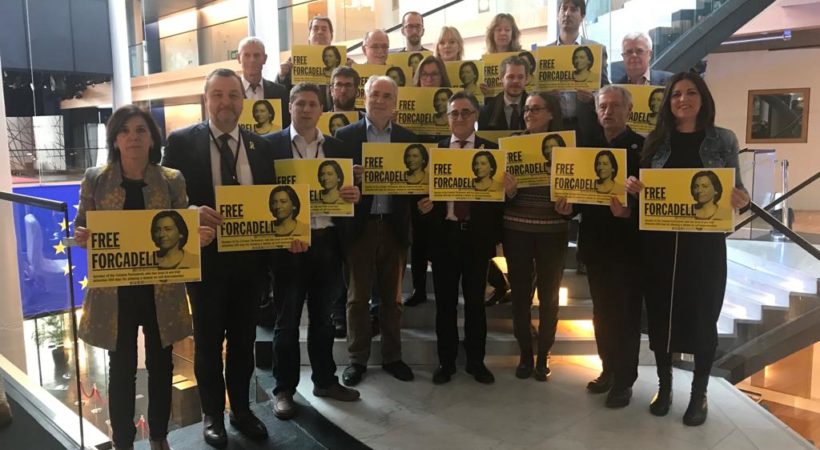 The members of the EU-Catalonia Dialogue Platform have signed a manifesto supporting the former Speaker of the Catalan parliament, Carme Forcadell, calling for her “immediate release”.

They are part of the more than 500 MPs and former MPs from 25 different countries that have backed the manifesto, including more than 30 Members of the European Parliament. Among them, the Greens-EFA European Parliament vice president, Heidi Hautala; the GUE-NGL EP vice president, Dimitrios Papadimoulis; and the head of the Greens-EFA group, Ska Keller.

“The use of the criminal justice system as an instrument for oppressing a parliament and its activities is wholly incompatible with the principles that govern and uphold a parliamentary democracy”, they write in the msnifesto, before demanding her “immediate release”.

Forcadell has been held in pretrial detention since March this year facing a charge of rebellion for allowing a debate and a vote on independence in the Catalan chamber.

The manifesto was presented publicly in an event Thursday afternoon at the Catalan Parliament,  attended by the Speaker of the Welsh Assembly, Elin Jones.