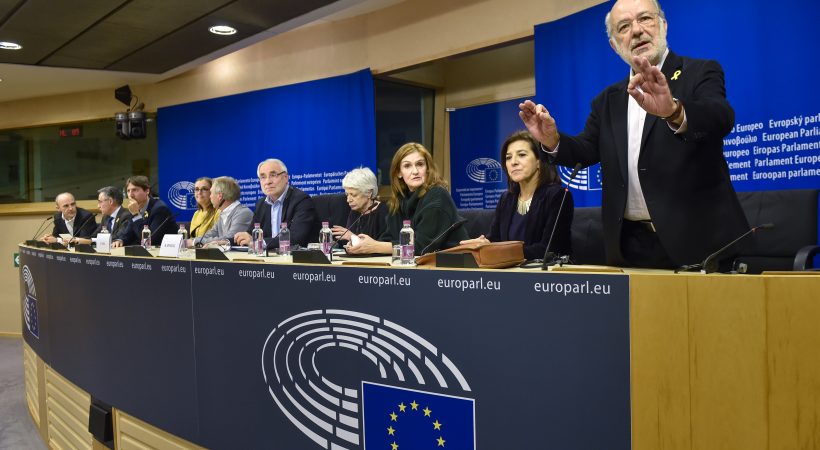 A group of 26 MEPs from six political groups of the European Parliament have established the European Union-Catalonia Dialogue Platform this Wednesday. The members, who “represent different opinions about the Catalan question”, as expressed in the founding manifesto, are “deeply concerned about the critical situation in Catalonia”. That is why they ask the European institutions “a gesture of responsibility that drives the dialogue to reach a solution in the conflict.”

Likewise, the platform has directed two letters to the presidents of the European Parliament in this legislature, Martin Schulz and Antonio Tajani, in which they are asking them to publicly express their views on the fact that two ex-MEPs, Oriol Junqueras and Raül Romeva, are imprisoned, and they are encouraged to ask for their release, as well as the release of the other jailed ministers and the grass-roots leaders Jordi Sánchez and Jordi Cuixart.

The platform is still open and could receive new members in the coming weeks.