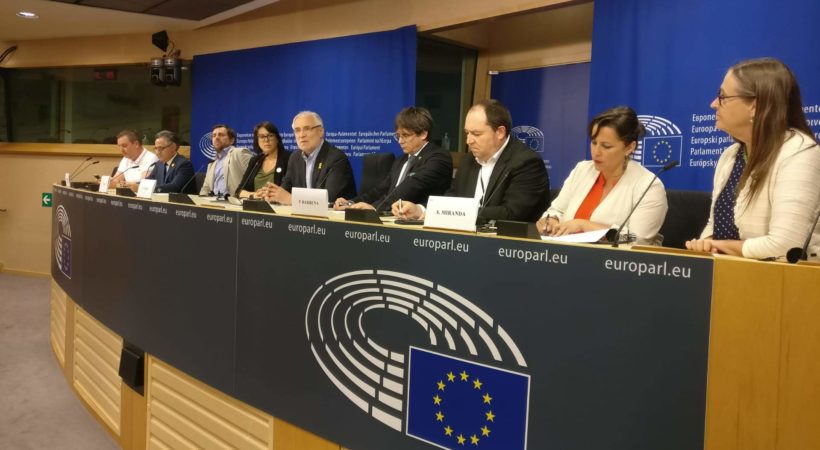 “It is clear that the intention of these decisions are to prevent the concerned MEPs being granted all the rights and freedoms as European representatives and, at the same time, to avoid any debate in the European Parliament that might put into question the judicial trial against the Catalan political and social leaders,” the letter said.

MEPs from six different parliamentary groups -Greens/EFA, GUE-NGL, ALDE, ECR, S&D and EFDD- called on the European Parliament to protect the rights of Carles Puigdemont, Oriol Junqueras and Toni Comin and those of the more than 2 million European citizens who voted for them. The three Catalan leaders were unable to collect their credentials as MEPs on Monday and, as a result, they will not be able to take their seats.

Last week, a Spanish court ruled that Oriol Junqueras, who is in pre-trial imprisonment for having participated in the organization of the self-determination referendum in Catalonia in 2017, was not allowed to leave the prison to pick up his credentials. Puigdemont and Comin, who are living in exile, were also unable to obtain their credentials in Madrid without risking detention.