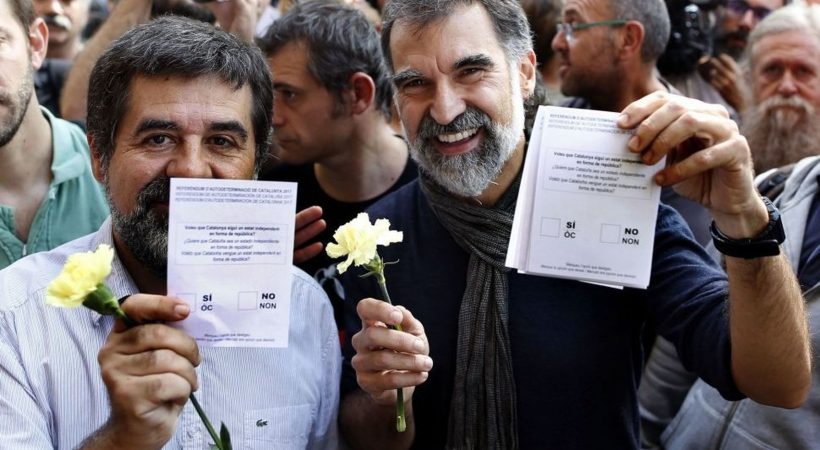 After Amnesty International demanded again that pro-independence activists Jordi Cuixart and Jordi Sànchez be released immediately, MEPs of the EU – Catalonia Dialogue Platform decided to take action and, together with other MEPs, released an open statement addressed to the Spanish government and to all citizens.

In the statement, MEPs urge the Spanish government to “launch legal mechanisms” in order to proceed with the reform of the Criminal Code and repeal or reform the sedition and rebellion criminal offences, “since their use as interpreted by the Supreme Court in the case of Mr. Sánchez and Mr. Cuixart is contrary to the legality principle”.

The statement also denounces the fact that in the context of the COVID-19 crisis and the de-escalating plan approved by the penitentiary institutions, all prisoners in a semiopen regime should benefit of permits to leave prison and remain in their homes at least during the period of the sanitary crisis.